7 Games Watford Fans Should Rewatch While Football Takes a Break

​It's fair to say Watford have been living dangerously of late, having been in and out of the relegation zone for much of the 2019/20 season.

Yet because of the coronavirus pandemic, the enforced break on football has given Hornets fans time to pause and re-live some unforgettable moments in their recent history. The club have had their fair share of thrilling games, whether it was in the Championship or at Wembley for an FA Cup last-four appearance.

Need help passing the time, Watford fans? Well, here's a list of seven games that you should definitely look up and watch again... 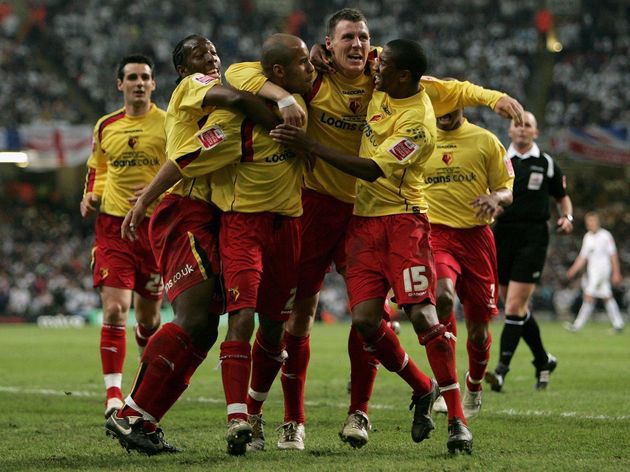 Having not played in the Premier League since the 1999/2000 season, this was the victory Hornets fans had craved for, in order to return back up to the top-flight.

The Hertfordshire club got off to a great start, when centre-back Jay DeMerit headed home from Ashley Young's corner after 24 minutes. The goal allowed Aidy Boothroyd's side to calm things down and keep possession, while also using their set-piece threat effectively against the Whites.

Their lead was doubled after the break, when James Chambers' shot was deflected off ​Leeds' Eddie Lewis -  the ball coming off the post and then trickling into the net past Neil Sullivan. And the game was pretty much over when Hornets striker Darius Henderson slotted in a late penalty, after Shaun Derry had fouled Marlon King.

It was the perfect conclusion to a superb season for the club, who were back in the big-time once again.

The greatest ending to a playoff game ever? Watford fans will argue this was.

Having lost the semi-final first-leg 1-0, the Hornets knew they needed a huge performance in order to have a shot at the Wembley play-off final that season. And they got off to a terrific start, as Matěj Vydra volleyed home superbly into the far corner of the goal. Their lead only lasted four minutes though, as David Nugent equalised for the Foxes soon after.

In the second-half, the hosts continued to press for a second goal, and got it through Vydra, with the Czech striker netting for a second time. But the drama kicked in during stoppage time, when ​Leicester were awarded a dubious penalty.

Anthony Knockaert had it saved by Manuel Almunia, and from the resulting counter-attack, Troy Deeney fired home to send Vicarage Road into ecstasy and Watford into the play-off final.

That 97th minutes strike will be remembered by fans for years to come, as will the remarkable conclusion to this thrilling game.

39 shots were shared between both teams, which emphasises that this game was all about attacking.

After an uneventful opening, Odion Ighalo put the ​Hornets in front. However, their lead was quickly overturned by two strikes from Zach Clough and Adam Le Fondre. A long-range strike from Almen Abdi drew the away side level before Joel Ekstrand's header then put Watford in front, only for Bolton to equalise through Clough's close-range finish.

But just like the Leicester game, a late counter-attack from Slavisa Jokanvovic's side resulted in ​Deeney scoring in stoppage time, winning the game for Watford - one small step on the road to promotion. Arsenal versus Watford. The annual set of fixtures that decide if Deeney or the Gunners' defence have the bigger cojones. And among the multiple victories the Hornets have racked up over the north London club, this is up there with the very best.

In this 2016 FA Cup quarter-final, a strong opening from the defending champions put the Watford on the back foot. But after half-time, the away side seized control of the game, when Deeney's flick-on header was controlled and finished tidily by Ighalo, once again making a mockery of Arsenal's set-piece defending.

Adlène Guedioura then doubled the lead with a superb strike, before substitute Danny Welbeck netted for the hosts late on. He should have equalised afterwards, but somehow inexplicably missed an open goal.

Beating ​Arsenal always evokes great memories for Hornets fans, but to knock them out of the competition they had just won on their home turf? No better feeling than that. Javi Gracia couldn't have wished for a better to start his Vicarage Road tenure as Chelsea were torn limb from limb in 2018.

While the first-half is more remembered for ​Blues midfielder Tiémoué Bakayoko's horrific half-hour and sending off, the Hornets remember it for a dramatic flurry of late goals.

After Deeney's penalty had been cancelled out by Eden Hazard just eight minutes time, the game looked to be heading for a draw. But a Daryl Janmaat stunner, smart Deulofeu finish and Roberto Pereyra fourth saw Watford blitz Chelsea late on - much to Gracia's delight.

The Spaniard called it an 'unforgettable night' and it's fair to say that it was for fans too.

There are certain Wembley games that fans will remember forever. For Hornets fans, this FA Cup semi-final will be among them.

Matt Doherty headed in a first-half opener for ​Wolves, before Raúl Jiménez doubled their lead after half-time thanks to a well-taken volley. Down two goals, Gracia brought on the maverick Deulofeu, who produced a game-winning performance many dream of doing.

His superb 79th minute goal dragged Watford back into the game, and with the clock ticking down, Deeney was fouled in the box, coolly scoring the resulting penalty to equalise in stoppage time.

It forced extra-time, and with momentum truly on their side, the Hornets looked the more likely team to win. And of course, it was their Spanish sparkplug who scored his second past John Ruddy to send his team into their first FA Cup final in 35 years.

While the final itself was forgettable for Watford supporters, the semi-final joy they experienced will always be something to re-live constantly. 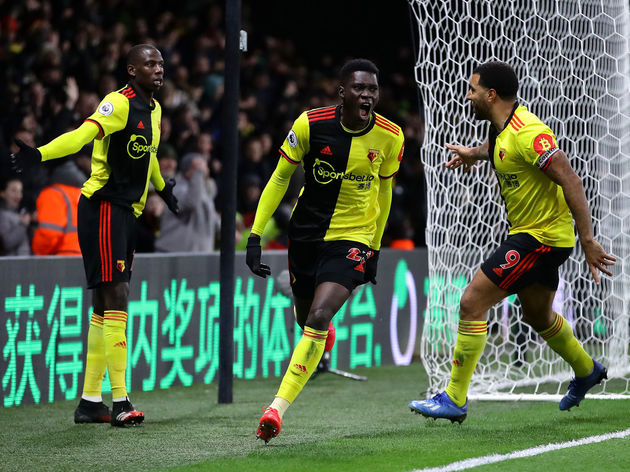 Is it too soon to re-watch this victory? Not for Hornets fans.

It was assumed that the current all-conquering Liverpool team would sweep Watford aside in routine fashion. Except, the unthinkable happened.

Having dominated throughout the first-half, the hosts took the lead after the break when Abdoulaye Doucouré's cross was stabbed in by Ismaïla Sarr. Just six minutes later, Will Hughes played in Sarr and the Senegal international lifted the ball over Alisson into the net for his second.

Deeney capped off the win with a curling finish for the third, sending those in attendance at Vicarage Road into a frenzied state of excitement - most likely mixed in with bewilderment. Many in the future will ask which team was it that stopped the ​Reds from going unbeaten during the 2019/20 season. Those who were there in the black-and-yellow will proudly answer: Watford.