How Watford's Masters Football Team Would Look in 2020

Seeing a bunch of former players line up against each other after hanging up their boots years ago is rather satisfying.

A group of middle-aged men kicking a ball around may not be thrilling or engaging as Premier League football, but it's still football all the same.

So we at 90min, have decided to bring it back as a special treat for all those missing the beautiful game at the moment - with the all essential disclaimers. Blundersauras Rex. The massive 6ft 4in keeper was a product of​ Watford's youth academy before he began bossing it in the first team, winning the Hornets Player of the Season in his debut campaign.

However, as a slightly error-prone goalie is he a good fit for a masters football team?

Who are we kidding? Of course, he is! Club Lowlight: Not staying for longer.

Let's get straight to the point - it is a very unusual name indeed. Like how often do you see the name Danny? Only joking.

Possessing one of the greatest surnames in football, Shittu was a club fan favourite due to his defensive work and heading ability.

Or maybe it was actually just his name. 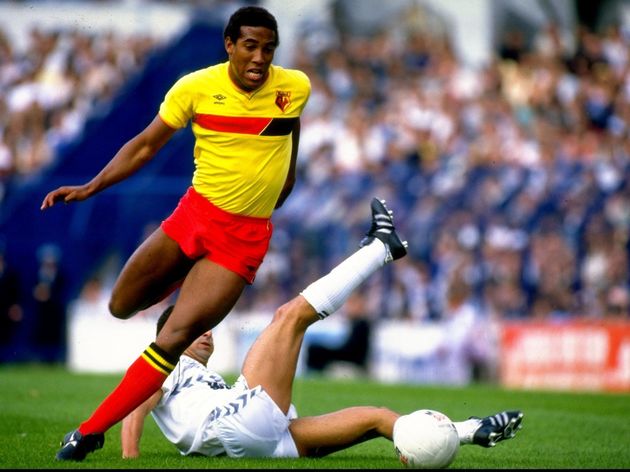 Club Highlight: Insane solo goal against Brazil (while at Watford).

Club Lowlight: Not realising he couldn't rap earlier on in his career.

Possibly the most gifted player in Watford's history - the former ​Liverpool man could light up the pitch again, only this time with a lot less pace and a lot less agility.

Still, as long as he's not in the music booth it's all good. 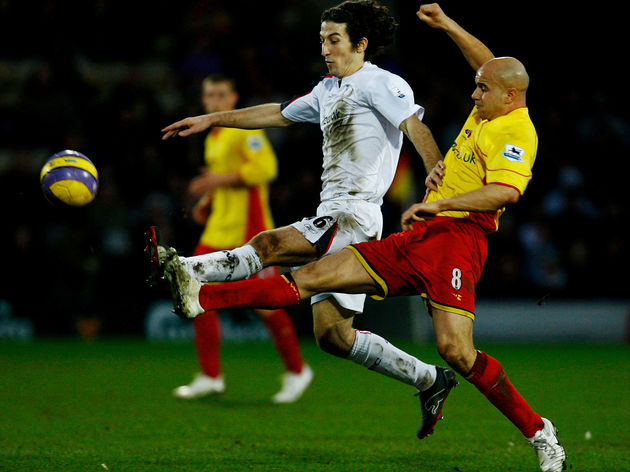 Club Highlight: Captaining the side to promotion.

Every team needs a defensive-minded midfielder, so here he is the main man in question.

Solid, reliable and he has the ability to score an absolute belter (his volley against Portsmouth wasn't too bad). That's right. Chopra only played five games for the Hornets as a loanee from ​Newcastle but scored five times - an astounding goal-to-game ratio indeed.

An undeniable Watford legend who is clearly guaranteed to score every game he plays in. Trying to not focus on King's numerous convictions is difficult but on the football side of things - he was absolutely lethal in the 2005/2006 season. Club Lowlight: Scratching his eyeball with a contact lens resulting in a corneal transplant.

A non-league footballer turned Premier League football is an impressive jump for anyone - and boy could the American defender jump.

He played in the 2010 World Cup so there's no reason why he can't dominate a masters football match - right? It's always sad to see a player get injured and not be able to play football again, and that's exactly what happened to Francis.

So here he is, getting a chance to at least experience the beautiful game once more. Club Lowlight: Taking until February to score a goal in the 2006/07 season.

A popular and passionate player for the Hornets, Henderson was a quality striker on his day.

If there are ten mins left and the side needs a goal, he's a useful option to bring off the bench - especially as the oldies at the back will probably pull their hamstring attempting to stop him. No mercy here.