​Javi Gracia was unable to keep his emotions in check after the decision to send off Jose Holebas during Watford's 4-1 home defeat to West Ham on Sunday.

The result saw the Hammers finish tenth, one place above the Hornets, after a Mark Noble brace helped the visitors on their way to a convincing win at Vicarage Road.

Javi's given his backing to José Holebas. pic.twitter.com/MEOziMp05E

Having been 2-0 down at half time, Gerard Deulofeu scored 11 seconds after the restart to give the hosts hope, but they were soon on the back foot after Holebas was given his marching orders two minutes later.

The red card now means the Greek defender will miss next week's FA Cup final, with Gracia clearly upset by the decision when speaking on the ​club's official website.

"I think in this moment I don't want to say what I am thinking about that, but I only say I can't believe a player will miss the final for that play," he said.

"For that contact, I can't believe it. Maybe it was a light foul, maybe a soft foul but I can't agree with that [decision]. 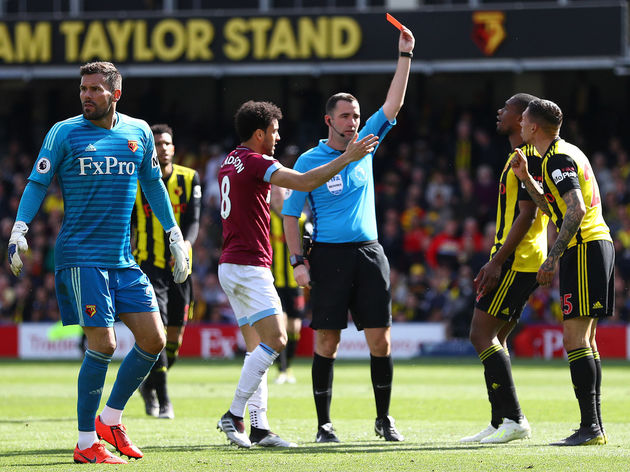