​Slavisa Jokanovic has commented on his departure from Watford back in 2015, claiming he felt unwanted and the Hornets made insufficient attempts to keep him at the club.

The Serb had helped Watford gain promotion to the Premier League in the 2014/15 campaign, but he left Vicarage Road before he even got an opportunity to manage a top-flight match; The former Watford manager, in an article with The Coaches' ​Voice, claimed: "They [Watford] didn't make enough effort for me to stay.

Despite his eventual frustration and departure from English football, it wasn't long until Jokanovic returned to England; where he guided ​Fulham to promotion into the Premier League before the Cottagers' struggles saw Jokanovic dismissed as boss.

His varying successes aside, the 51-year-old remains fond of his times in England as both a manager and former ​Chelsea player, saying: "I got my first job as a manager in England, with Watford. It felt like the opportunity I had been waiting for.

"Football in England was more competitive than anywhere I had worked before. I believed it was the best country in the world for working in this profession. 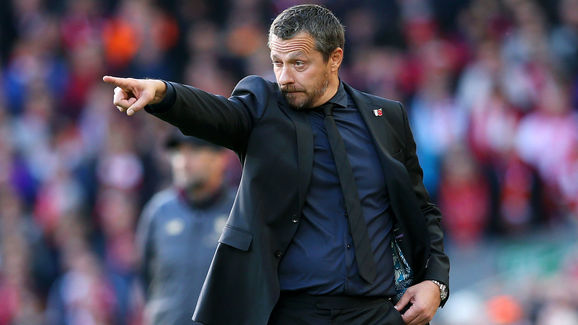 "I had first hand experience of the English game, too. The first time I came here was as a player, 18 years ago. At the time, I had been playing in Spain for seven years - and I was happy there. But the opportunity to play for Chelsea and get a taste of the English game I had seen and heard so much about, was too big to resist."

However, Jokanovic appears to recognis the difficulties he faced in the English game and how these moments shaped him, adding: "I can tell you now, though, it was not an easy experience for me. In Spain, I had become used to a different kind of football. Not only that, but it was a different style of life, too. In the beginning, I had to learn many things.

"But tough times are often the most important ones, and this is true for me. Going through this period meant that when I came back to England as ​Watford manager in 2014, I knew the mentality of people. I knew football in England. I knew what was life in England. I knew where I was."