​Watford played host to Southampton at Vicarage Road on Wednesday evening in a clash, which will enter the history books for its opening goal.

It was Southampton who managed to shock the home side, with S​hane Long scoring the fastest goal in Premier League history to propel Saints into the lead after just seven seconds.

The away side were the better team in all areas on the pitch in the first half, pressing the Hornets' defence into mistakes and playing on the front foot when they could have easily shrunk into a defensive shell after taking an early lead.

However, despite the (very) early setback Watford showed more attacking intent in the second half and managed to get a last minute equaliser through Andre Gray.

Check out our breakdown of the game below.

Watford looked lethargic, this their fourth game in 16 days, and seemed to miss their captain Troy Deeney when looking for that spark in attacking areas.

Deeney served his second of a three-match ban and his physical presence along with goal scoring instinct was clearly a loss, as Andre Gray failed to make much of an impact up top in the first half.

There wasn't much space in behind the Southampton defence and Watford lacked a target man to play balls into, with Gray preferring to make unsuccessful runs into the channel. 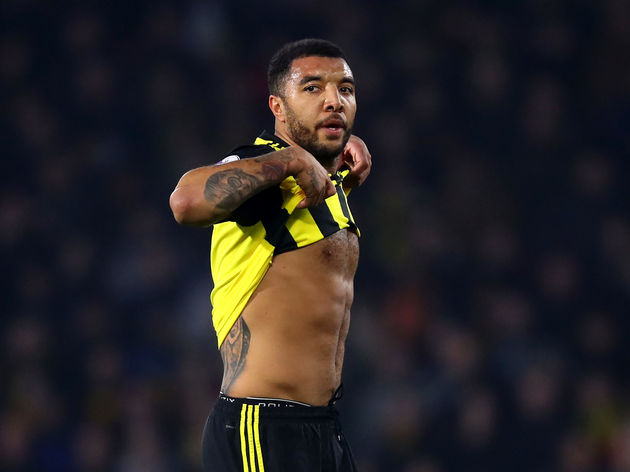 Javi Gracia will be thankful that Deeney will be available again for the FA cup final, their most important game of the season.

Missing a Holebas and Deeney big style this evening #WatfordFC

Star Man - On an evening where his side struggled to find a way through a defiant Southampton defence, Deulofeu showed his class whenever he got on the ball.

The Spaniard failed to add to his tally of eight goals in his last nine games, however he came close on more than one occasion. For all his creative flair, he missed Deeney in attack and looked starved of options when he found himself looking for help. Long took the headlines on the night after scoring the fastest goal ever recorded in the Premier League, giving his side the perfect start against the Hornets.

Long showed enthusiasm straight from kick off, charging to close down Cathcart, Definitely getting a cry of ‘whooa, whooa, didn’t know we’d started yet’ if that was at five a side.

0.07 - At just seven seconds, Shane Long's strike against Watford is the fastest ever scored in @premierleague history. Record. #WATSOU

Save the picture. This is the historic moment Shane Long scored the quickest goal in Premier League history.

Star Man - We could make this all about Long after his record breaking evening. However it was a classy team performance from Saints with Nathan Redmond putting in a storming display down the right hand side. He caused the Watford defence a head ache all night long, driving with the ball at his feet and forced Ben Foster into making two top draw saves to keep the scoreline at 1-0, the keeper ultimately allowing his side to get back in the game in the most dramatic fashion.

​Southampton host ​Bournemouth on Saturday knowing that a win will pretty much mean survival, due to their superior goal difference o 18th-placed Cardiff City.