Watford: 6 of the Hornets Best Youngsters Who Deserve a Shot at the First Team in 2019/20

With no major sales yet this summer, it looks like Javi Gracia is looking to consolidate on last season's squad that took him all the way to the FA Cup final. The lack of sales could mean less first team chances for the young Hornets. And as proved by Isaac Success and Will Hughes, youth can excel at Vicarage Road if given the chance.

So here are six of Watford's most promising young talents that could make a break into the first team during the 2019/20 season. Wilmot is an extremely promising English centre-back come defensive-midfielder. The first half of the 2018/19 season saw the ball-playing defender make six appearances under Gracia across all competitions.

In January 2019 Wilmot joined Udinese on loan, where he went on to play five matches in the Serie A.

After coming on as a half-time substitute against both Ajax and Bayer Leverkusen so far this summer, there is no doubt that Wilmot is in Gracia's plans and those at Vicarage Road, so expect to see much more of the England Under-20 international in the very near future. The Portuguese midfielder moved to Hertfordshire from West Ham for roughly £1m back in August 2018. Since then he has made 13 appearances for the club.

At just 19 years old, Quina became the youngest player to score in the Premier League for Watford when he netted against Cardiff in December.

Unfortunately, the 2018 European Under-19 Champion dislocated his shoulder towards the end of last season, so he could never really build upon that goal. He is now back in training and will be hoping to become an even bigger part of Gracia's plans next season. Leading the line for Fluminense, Pedro scored seven goals in four games earlier this season, including a perfect hat trick against Atletico Nacional in the Copa Sudamericana.

One drawback for both Pedro and Watford is that his £2.25m transfer won't take place until January, giving the 17-year-old Brazilian only the second half of the season at Vicarage Road.

However, if the Pedro lives up to the hype, Troy Deeney and Andre Gray could be looking over their shoulders in the second half o next season. 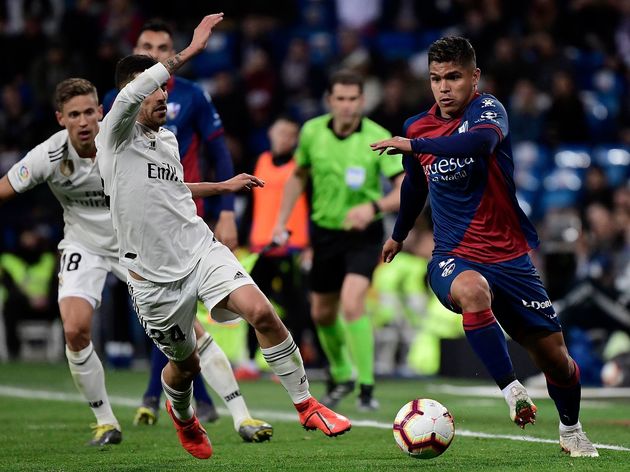 The explosive Colombian scored 16 times while on loan at SD Huesca during their 2018/19 Segunda Division promotion season. However, he struggled in his second stint, scoring a measly four goals in La Liga.

However, Hernandez did show he's got what it takes at the top level when he came off the bench to score a debut brace for the Colombian national side in their 3-1 win over Costa Rica back in October.

Due to Gray impressing in both pre-season friendlies so far and Deeney's god-like status among Watford fans, Hernandez may struggle to find immediate first team football, but a few good performances off the bench could throw him in Gracia's plans. Standing at 6'4, the Swedish keeper is an ominous sight for any striker. Dahlberg may be the back up for Ben Foster and Heurelho Gomes at the moment but that could all change.

The 20-year-old is being shown the ropes by the current number one and two, and with Gomes looking especially close to retirement, Dahlberg's chance could come sooner than expected.

First team experience is not unknown for the current third choice keeper, who has played 39 times in Sweden for IFK Goteborg and even won his first Swedish cap against Estonia in January of 2018. Okay, so this one is debatable if we are talking about breakthrough prospects. Chalobah has been around the block, being sent out on loan to ​Watford, Nottingham Forest, Middlesborough, Burnley, and even ​Napoli.

However, the now 24-year-old has never managed to properly break into the first team of a club since his loan spell from ​Chelsea to Watford back in the 2012/13 season.

Chalobah returned to Vicarage Road in 2017, but injuries have kept him away from a solid run in the first team. Perhaps the 2019/20 season will finally provide a breakthrough for the midfielder who has failed to reach his full potential as of yet.