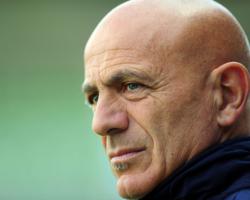 
Hornets have Anya back


Wing-back Anya has not featured since Boxing Day due to a groin injury while influential midfielder Abdi has been sidelined since the end of August due to a foot problem.


Back-up goalkeeper Jonathan Bond is available again after illness but loanee Hector Bellerin has been denied permission to feature by parent club Arsenal, while January signings Alexander Merkel and Mathias Ranegie are also ineligible having completed their moves after the initial 1-1 draw with the Robins took place.


However, Merkel would have been suspended in any case as he starts a three-match suspension, while Marco Cassetti (knee), Essaid Belkalem and Tommie Hoban (both ankle) remain on the sidelines.


Bristol City are hopeful defender Derrick Williams will be available.


Williams trained with his team-mates on Monday despite a tight hamstring and he will be assessed ahead of kick-off but he looks likely to feature against the Hornets.

Robins boss Steve Cotterill says he will freshen his team up in two of three positions for the trip but Simon Gillett is not eligible to play at Vicarage Road despite being poised to extend his loan stay from Nottingham Forest until the end of the season.

City know victory would tee up a fourth-round tie with Manchester City or Blackburn.