​​Watford host Arsenal at Vicarage Road on Monday night in their first Premier League match since their incredible comeback in the FA Cup semi final against Wolves.

With seventh place still up for grabs, the players will need to summon the motivation to perform at their best once again while putting the final at Wembley against Manchester City out of their minds.

Arsenal have been weak away from home all season with just one away win since the turn of the year, but still have plenty to play for with the top four within touching distance.

Here's how Gracia's men could start against Arsenal: ​Ben Foster (GK) - Had an excellent season between the sticks upon his return to the club where he spent time on loan at in his youth. Has successfully consigned H 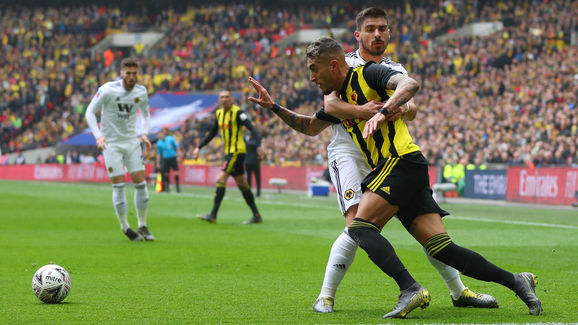 Abdoulaye Doucouré (CDM) - Will certainly be the target of a number of big European clubs in the summer as a result of his outstanding performances this season. He can pass, shoot, cross, run and tackle, and does so with relentless consistency.

Will Hughes (CAM) - A technical player with a lot of ability that is now delivering on the early promise he showed at Derby. One for England to look out for next year.

Roberto Pereyra (CAM) - Another player that has finally lived up to the hype he earned earlier in his career. Gracia would have been glad to see that a hip injury that nearly kept him out of the semi final was nothing serious. ​Troy Deeney (ST) - Mr Watford probably delivered his finest moment in black and yellow last week with a last-gasp penalty to send the semi final to extra time. It won't phase him though and he will be relishing another match-up with ​Arsenal, a team he has had a few run ins with in the past.