Watford begin their Premier League campaign with a tricky encounter with Brighton at Vicarage Road on Saturday, in a repeat of their opening fixture from last season.

Plenty of focus will be on the visitors dugout as Graham Potter takes charge of Brighton for the first time and will be looking to rebuild after the club's serious relegation scare in 2018/19. Watford though will be looking to spoil the new manager's day as they look to build on a strong season which saw them finish in 11th place and reach the FA Cup final. Check out 90min's preview of Saturday's clash below.

Watford face a couple of big issues going into this match, as there are question marks over the fitness of crucial pair, Roberto 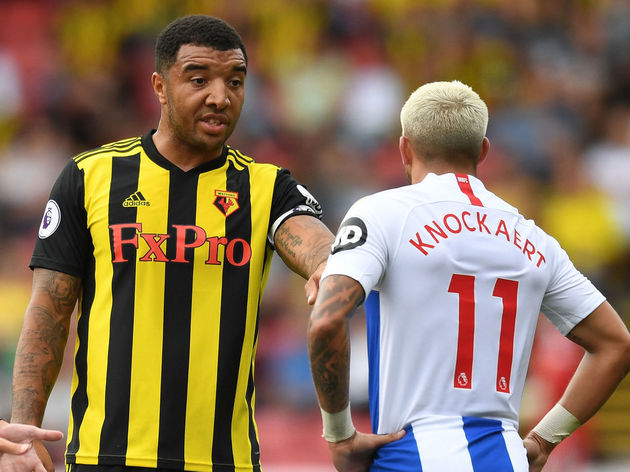 Last time out at Vicarage Road, Watford ran out comfortable winners, with Pereyra notching both goals ​in a 2-0 victory. There isn't much between the teams though, with a win each and two draws in their recent top flight history.

Interestingly, Watford are unbeaten in their previous 12 opening matches to a season, winning six of them. Brighton will hope to buck that trend on Saturday as they look to improve on their dismal away form of last season, which saw them pick up just 13 points on the road.

The Hornets have enjoyed a positive run of form in pre-season as they tried to recover from their traumatic FA Cup final drubbing. Despite losing to last Dutch giants Ajax, they ended the summer with three straight wins which, should boost their confidence going into Saturday's clash. Brighton have also enjoyed a healthy run of form in their pre-season preparations, winning four out of five and scoring 13 times. However, form in summer friendlies is not always the best gauge for results going into a new season. Watford will start the stronger, cheered on by their vociferous home support. They also have the advantage of having a full season behind them under the guidance of Javi Gracia. His players are well drilled, creative and energetic and will look to take the game to the Seagulls on Saturday.

However, we can expect Brighton to be a lot more adventurous and less ponderous under Potter. Both sides have strong squads to chose from and this could well be an easy on the eye encounter between two attacking sides.