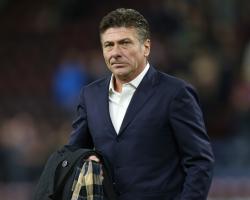 A late own goal by Hull captain Michael Dawson handed Watford victory over the Tigers in a largely uninspiring match at Vicarage Road.

Mike Phelan's visitors have now lost six Premier League games in succession but this 1-0 defeat was nothing like the recent routs they suffered on the road at the hands of Liverpool and Bournemouth.

Having lost the previous five by an aggregate scoreline of 19-3 they were resolute here until Dawson inadvertently directed Nordin Amrabat's shot past David Marshall with just seven minutes remaining.

Watford were not at their best, despite manager Walter Mazzarri declaring any potential Football League sanctions for the alleged falsifying of a financial document would not affect his players on the pitch.

Unsurprisingly, it was the in-form Hornets who started the game on top, Younes Kaboul rattling the crossbar with a powerful header inside five minutes and club-record signing Roberto Pereyra clipping the post moments later.

Phelan's side slowly grew into the contest and Ryan Mason forced Heurelho Gomes into his first meaningful save with an effort from just outside the box.

Will Keane then fired over from 30 yards as Hull attempted to get a foothold in the game, with Phelan constantly barking instructions from the touchline.

Watford still looked dangerous when they could work it behind the Hull defence but Sebastian Prodl could only head wide when picked out inside the box by Amrabat.

Amrabat almost accidentally created the opening goal shortly afterwards as his wayward shot was headed into the ground by Troy Deeney but the ball bounced up and over the bar from two yards out.

Watford were again the faster starters after the interval but Pereyra curled well wide when picked out on the edge of the Hull box.

Abel Hernandez then wasted the best chance of the game as he latched onto Keane's header to break through one on one with Gomes but could only hit a tame shot which the Watford keeper saved with ease.

The visitors were working harder and harder to keep Watford out at the other end as their back three stood up well to the physical threat of Deeney and Odion Ighalo, who headed over a half-chance with 20 minutes remaining.

But the Hull backline was finally breached in the cruellest of fashion as Amrabat, man of the match on a dour afternoon of football, hammered in a shot which ricocheted off Dawson and past Marshall.

The win keeps Watford in the top half of the Premier League table and means Hull remain inside the bottom three having not taken a point since a 1-1 draw at Burnley on September 10.