Huddersfield have endured a tough second stint in the top flight, only managing to gain 14 points so far and falling to confirmed relegation in March, equaling Derby's record for the earliest relegation from the division.

In contrast, Watford are on cloud nine after completing a miraculous comeback against Wolves to reach the FA Cup final for only the second time in their 138-year history, the last time being in 1984. 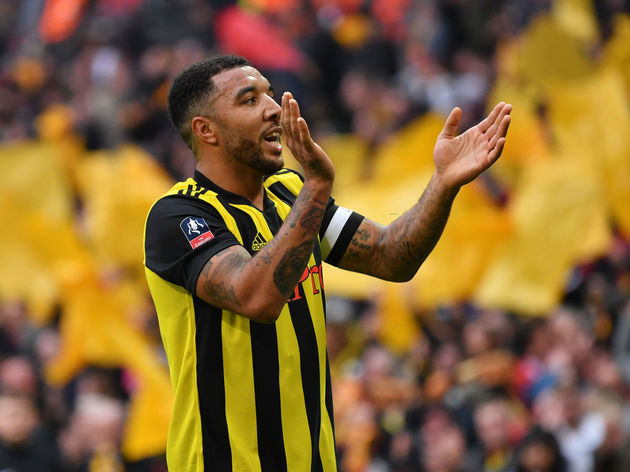 Check out 90min's preview for ​Saturday's clash below.

Huddersfield boss Jan Siewert confirmed that Laurent Depoitre won't feature this weekend, while Karlan Grant is a question mark after illness has limited his training time. Isaac Mbenza is now fit and available for selection after a calf injury. Watford's Javi Gracia will be without captain Troy Deeney after he picked up a red card against Arsenal on Monday night. Their FA Cup hero Gerard Deulofeu could return after a few problems in training prior to the Arsenal game meant he was left out of the squad.

Gracia is likely to still be without José Holebas, Domingos Quina and Tom Cleverley who will miss the game through injury.

The reverse fixture earlier in the season saw Watford run out 3-0 winners with goals from Roberto Pereyra, Gerard Deulofeu and Isaac Success. The previous season Huddersfield completed the double over the Hornets, winning 1-0 at home and producing one of their best performances of the season in a 4-1 thrashing at Vicarage Road.

The two sides are pretty even in head to head clashes over time. Watford have won 10 whist Huddersfield have come out on top 14 times, and they have shared the spoils on five occasions.

It's no secret that Huddersfield are on a torrid run of form, recording only four points from their last 21 Premier League games.

They have conceded four goals in three of their last four outings and their last win came seven games ago in a 1-0 victory over Wolves, as Steve Mounie grabbed a 90th minute winner. Watford will be looking to bounce back after a 1-0 loss to Arsenal on Monday night which saw them put in a spirited display after going down to ten men early on. They hit the woodwork twice and were unfortunate not to take something away from the match.

A win will be vital for them to continue their push for a best ever Premier League finish, with seventh place very much attainable. The Hornets have lost on their last three road trips, although they all came against top six opposition.

Here's how each team has performed in their last five games.

The Terriers have demonstrated that they can put the ball in the back on the net if the opportunity arises, as shown when they went 3-1 up at West Ham (only to lose 4-3) and will be looking to impress Siewert as he starts to plan for life in the ​Championship. That being said, with ​Watford enjoying their best season in history and riding high with an FA Cup final to look forward to, an away win looks inevitable.