Further details have emerged on Javi Gracia's ​surprise sacking as Watford manager, as a report claims an initial meeting on the Spaniard's future was expected to take place on Saturday morning, but was cancelled after the club made the hasty decision to sack him on Friday.

The 49-year-old's side had started the season poorly with three straight defeats leaving ​Watford bottom of the Premier League, but they picked up their first point at Newcastle prior to the international break. 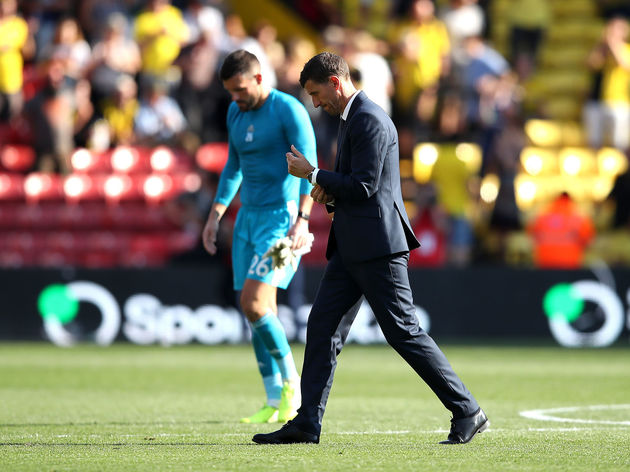 Nevertheless. the club's hierarchy stuck true to form and opted for the club's tenth managerial change in ten years, ​​removing Gracia from his post and bringing back Quique Sanchez Flores - who had been sacked in similar circumstances three years prior.

But while the ​Mail say that a meeting had been planned for Saturday to discuss Gracia's future, internal confirmation of the change was received on Friday, deeming any further talks on the situation redundant.

It's peculiar timing, especially considering the situation came to light amid the lull of an international break, and looking in from the outside, it's difficult to see what the rush was to get rid of the man who led them to a record 11th-placed finish and an FA Cup final last season.

In November 2018, Javi Gracia became the first Watford manager to renew his contract with the club since the Pozzo family took charge in 2012.

Less than a year on, he's been sacked. pic.twitter.com/q9NPULDbwm

More is likely to come out on the story in the days and weeks to come, but the early morsels of information coming via ​the Athletic suggest that a poor dressing room atmosphere was to blame for Gino Pozzo's decision to change managers once again.

Gracia himself, however, said in a ​statement that he doesn't blame the club's chiefs for the decision to axe him, but was as surprised at the news as anyone else.